This was one of my favorite experiments. Every element in the video is just that…an element.

The jet and rocket are 3D objects and the background is an image found by searching the internet for “clouds”.

These elements were brought into Adobe After Effects where particle generators were used to create the smoke trails. The engines colors, jet movement and sky movements were also created in After Effects. The explosion is a separate clip that was rendered on a transparent background, brought into the scene and set into the project accordingly.

Finally, I added the sound which were audio elements of a jet engine and explosion.

Design tools used in this project 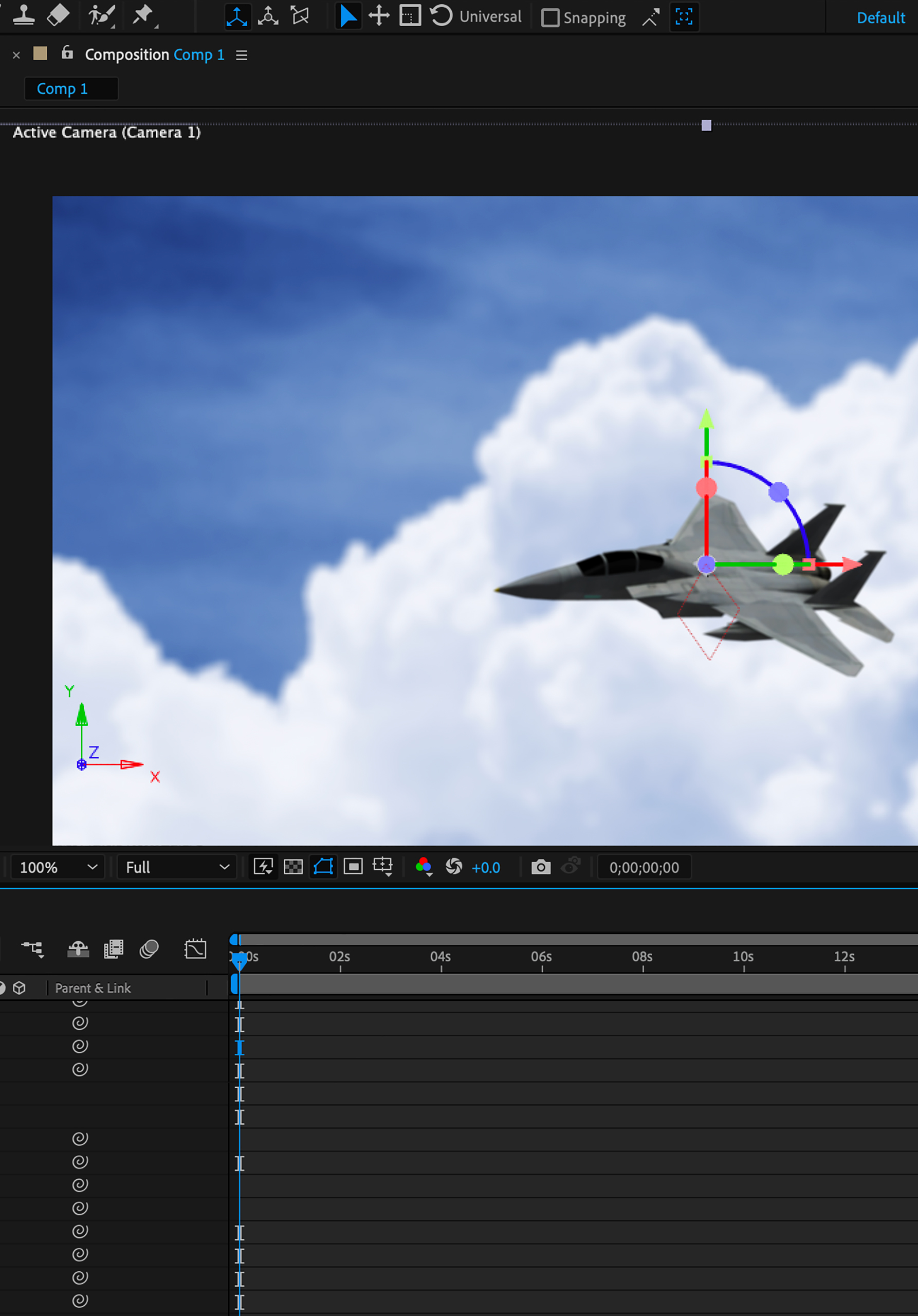 Finer detailing in a scene like this could actually be unnecessary and even hinder the ability to trick the eyes into believing what they are seeing is real.